Tao is The Apostles' main source of power. The Tao is a mystical oriental art developped and used by the population of "another continent" called Yamto. People who lived in

this land were called the Tao Masters. They all had a power of Tao and they knew how to make a potion called the Shinkito (the Spirit Drink) that can awake a power of Tao dormant in someone. (If someone drinks it without having a power of Tao, he/she dies.) Shiki and Maro, two of the few surviving Tao Masters came in contact with Creed Diskenth, who was at this time a renegade assassin from Chronos. As the three of them had a score to settle with the organization, they joined sides and started to recruit Tao wielders from all around the world.

A power of Tao is always linked to its wielder's skills and personnality. This power calls upon its wielder's ki (life energy) and needs a difficult and extremely rigorous training to be fully mastered. Using carelessly a power of Tao without proper training would consume its wielder's ki; and if someone were to use an untrained power of Tao continuously his/her ki would end up depleted, leading to his/her death.

Every Apostle of the Star masters his or her power to the point of perfection and gains from it immense might and beyond-human fighting abilities; putting them on an equal footing with the Chrono Numbers themselves. (Chronos' elite military brigade: a group of thirteen supreme warriors, each one of them being unmatchably skilled in the use of a particular sort of weapon.) Aside from their unique power, the Tao wielders also gain the ki-based abilities that follows. (However, few of them are seen using it.)

Chi is the life energy needed to use tao abilities. It exist in all living creatures, and when it is depleted in great amounts, it leads to death.

Soft chi kung is one of the tao techniques that uses the power of ki to accelerate cellilar functions. Kyoko's heat is mainly an application of this technique. In the manga, by sending his ki into Train, Doctor forced soft chi kung to occur, and healed his wounds. 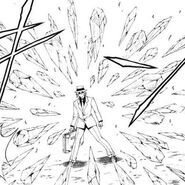 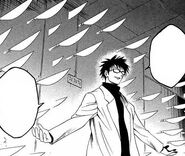 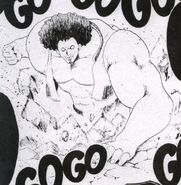