The Sweeper's Alliance was an group of Sweepers formed by Lin Shaolee to capture Creed Diskenth. It consisted of well-trained sweepers, who were able to defeat the Apostles of the Stars.

Lin Shaolee, under the Alias of Glin/Grin, approached several capable sweepers, and infored them about the Alliance. In order for one to join however, they must play and win a video game that he developed himself. After winning the game, the sweeper would be given the location of the meeting for the Alliance. They would also have to be punctual, otherwise, they will not join.

Train, Eve, and Sven meet up with other sweepers, and "Grin" declares that the Sweeper's Alliance is officially formed, and reveals the Apostle's location. The newly-formed alliance quickly sets out at sea to capture Creed. On the way, the group encounters Shiki, who kills off Gallom and Lacdoll, before destroying the ship, and causing the members to strand on the island.

The team forms several small groups: Eve and Kevin, Sven and Silphy, Train and River, and Touma and Mundock. Each group encounters one or two Apostle, and quickly defeat them. Eve, Train, Kevin, and River unite, and make it to Creed's Castle, where they discover that Touma and Mundock were captured and have been injected with nonomachines by Doctor that makes them attack their friends. Eve however, manages to remove the nanotechnology from the two Sweepers, returning them back to normal. Train and Eve are then trapped in the Warp World by Doctor, but Train breaks free, and kocks out the Taoist before he could vivisect Eve. In the end, Train battles Creed, and him, then Eve removes the nanomachines in his body, turning him back to human. With Creed defeated, the group disbands, and everyone sets out on their own ways.

The group is formed by Lin (As Grin) but they quickly disband once they learn Grin's true identity, and that they were being used by Chronos all along. They later re-band after saving a town from strange creatures, and set out to capture Creed. They are attacked by Echidna Parass, who blows the ship up.

miraculously, they all survive, including Gallom and Lacdoll. They fight several members of the Apostles, and Train, with the help of Saya's spirit, defeats Creed, then lets Eve remove the nanomachanics from his body. After the battle, the group disbands, and everyone goes on their separate ways.

Later, Eve is abducted by the Zero Numbers, and is put into Eden. The Alliance re-bands one last time to save her. They team up with Chronos and some former members of the Apostles, and rescue Eve. The group disbands, and everyone goes on their separate ways again. 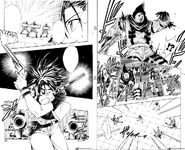 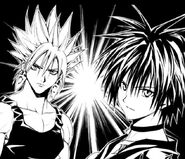 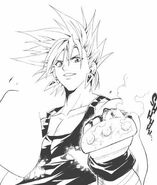 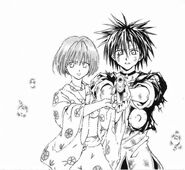 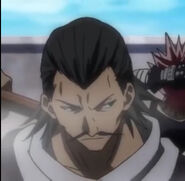