Dioskouroi is the Orichalcum weapon of Nizer Bruckheimer, also known as Number V. It is entirely made of Orichalcum, the strongest metal on earth.

Dioskouri is not one weapon, but rather two. It is a pair of tonfas made of Orichalcum and laced with gold. Like other Chrono weapons, Dioskouri has its wielder's roman number on it.

As an Orichalcum weapon, Dioskouroi is indestructible and extremely powerful. It allows it's user to destroy anything or anyone, even Maro. This technique relies heavily on speed and the user must be well-trained in order to use this weapon.

Both Tonfas have a handle for the user to hold. Their edges are sharp, allowing the user to cut anything, or anyone, and reducing it to nothing. 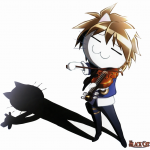 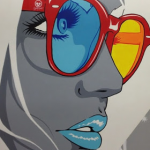